Our life would be much more boring without Instagram! You even can’t image what can a modern man do with help if smartphone. Today we are reporting selection of the most popular and unusual hot flashmobs, whose participants are not shy to show their immodest photos to the World! This international annual flashmob takes place at the first weekend of May. World Naked Gardening Day had been created in a far 2005 before creation of Instagram. Two guys from Seattle, Mark Story and Daniel Johnson, published their naked photos in the Internet. The main idea was in the landscape: Daniel and Mark made a picture while working in the garden. In such a way they wanted to underline their unity with Nature, not just to make a joke.

The idea was so successful that every year thousands of people show their nude photos in that style of Seattle pictures. If you have something to show to the World you have all the chances to participate in the «World Naked Gardening Day» the next year! How to take part in this flashmob? You should be a girl, have a fresh fish (Fish, Carl!) and have a camera. The promo essence is to put out in Instagram the photo where the girls cover their naked boobs with help of fish.

The legend about the creation of #FISHBRA flesh-mob is in that fact it was initiated by fishers’ wives. So, a genius way to thank husbands! Just agree, there is no better present for a man than a beautiful woman! And the effect will be explosion, like if you add the magician power of naked boobs to it! Any client of tittygram.com can prove it. Stand back-first to the camera, take off your trousers and look expressively into the distance! This slogan was so effective that now there is no place to go away from thousands of photos with naked butts)

Well, what is the secret of such popularity of #cheekyexploits? Somebody says the main point here is the number of pretty female participants which trot out their slim bodies. Oh, yeah, woman’s boobs, butty or slender waist — all these hypnotize the audience. But you should agree that idea of flashmob #cheekyexploits is absurd and epic at one and the same time. Photos of participants often look very funny! It looks like a famous picture of the pink tank going to a sunset!

Do you know any cool “naked” flashmob in Instagram? Write about it in the comments! 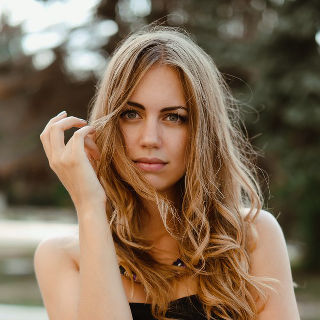